DOWSING is the art of locating energies or energetic changes which are not accessible through our usual senses. A dowser often uses a tool or instrument to help him indicate subtle changes in space, on a property or with people.

Who can do it?

Anyone can learn how to dowse and with some practice get reliable results. Early history mentions dowsing in ancient Chinese writings, as well as in the Bible. Today oil companies, the army and many water drilling businesses rely on dowsers for locating the location and depth of oil, underground structures and water. In Europe dowsing is widely used in alternative medical practices as a way to determine personal responses to herbs, homeopathics and supplements including finding the right dosage

Feng Shui gained such popularity in Europe over the last few years that, for example in Austria, the government now reimburses the fee for the first 2 hours of a Feng Shui consultation. That is a major step and the result of the increasing acknowledgement of earth energy work as with GEOMANCY and DOWSING.

Feng Shui consultants in Europe become more and more aware of their own roots and today combine the tradition of dowsing with the energy work of Feng Shui. Dowsing enables them to not only intuitively “guess“ the quality of the Qi/Chi in a house, but quantify it and then improve a situation step by step and rectify the results.

Dealing with invisible forms of land energies and measuring its influences is nothing new. For centuries people included the knowledge of the forces of nature in their daily life, in farming or even in mining for minerals. 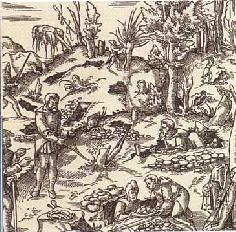 Dowsing in the common mind refers to techniques for locating water for wells, in a wider context the search for any hidden objects and is probably as old as mankind. Using a Y-shaped branch of a tree, a pendulum or an L-rod allows people to communicate with their own inner knowledge and find a way to listen to their inner voice. As a little boy I often accompanied my father when he dowsed for wells for our neighbors. As far as I remember he was always successful and found strong waterveins with a supply of good quality water.

Today dowsing rods are still used commercially by some well-drillers and contractors. A good dowser can find pure water more than 90% of the time but also locate e.g. underground pipes which need to be spared from damage from operating heavy drilling machinery.

Dowsing works through projecting an intent of what is desired and in return receiving confirmation feedback through the own body. A micro movement in the hand of the dowser is amplified by the long thread of a pendulum or the steal wire of a tensor and results in the movements of a dowsing instrument. The weight at the end moves in circles or lines and determines the reading.

There are many stories of dowsing experiences throughout ancient history:

With the beginning of the 20th century dowsing became very popular in middle Europe. German doctors who followed generations of families living in the same house, realized repeating patterns of illness: the husband of a woman who had lost her first husband and remarried, became ill with the same disease as his precessor. A mother and later her daughter die of the same kind of cancer. Researchers found clusters of specific earth energy patterns and used dowsing techniques to investigate them.

In the late1920‘s Gustav Freiherr von Pohl, a German aristrocrate, became famous with an unusual experiment: He dowsed the major earth energy patterns of an entire small town called Vilbisburg in the Black Forest district in Germany. It took him nearly a week to finish his task and map his results. The mayor then called the town’s physician and ask him to provide a list of all cancer cases of the last 15 years. When they superimposed both maps they got a 100 % correlation between houses of terminal illness and Geopathic Stress areas. 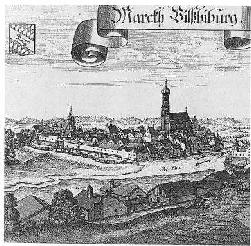 Freiherr von Pohl’s experiment aroused interest in the medical community and was followed by a number of similar studies and investigations. Larger towns up to 15,000 inhabitants like Stettin, with proportionally more cases or less cases to satisfy all the critics. Results were repeatedly the same and finally presented at European medical conventions. Doctors who became involved were so excited that some declared: We’ve found a cure for cancer. It only will take a few more years and cancer will be extinct…

Unfortunately WWII took the focus off this research for more than two decades. In the mid 50‘s the work was picked up again and is still continued with involvement of German and Austrian Universities and a growing community in the alternative health field.

Dowsing is widely used today in Europe similiar to AK-testing (Applied Kinesiology – muscle testing): to determine the compatibility of homeopathoc remedies, to seek guidance with body adjusting procedures, to select helpful supplements and even to choose between brands for optimizing individual results.

Dowsing also can be seen as a form of clairvoyance, the ability to see at any given moment what is happening elsewhere. Our senses are really more powerful than we think. Because our physical and psychological apparatus is designed to satisfy our desires, they realize their potential only to the extent we utilize them.

A Feng Shui consultation without the evaluation and quantification of the energies in the house will not be very effective. Draining Geopathic stress zones need to be addressed and eliminated. Dowsing is a valuable method to identify sources of problems, to change them and to finally help to secure a positive environment for long term health improvements.

An energy evaluation always has to start from the outside. The Qi/Chi inside the house is drastically reduced through architectural limitations. Walls and a roof on top cut off on average 70 – 80 % of the natural Qi/Chi of a place, in dense living environments the loss of Qi/Chi might be even more. If we take into consideration that sometimes the property itself seems quite void of energy to begin with, then imagine 90 % additional reduction through design and circumstances, how can we see results through simple Feng Shui cures?

The arrangement of furniture, the reading of the Bagua areas or one’s best sleeping direction are often misunderstood as major Feng Shui treatments. In my understanding they are final adaptations at the end of a process.

To learn more about dowsing and to find a wide variety of books about this topic log on to the website of the American Society of Dowsers at www.dowsers.org .

Next issue: Feng Shui and Dowsing, part 2 : dowsing instruments and exercises to get started with.